Forum rules
There are a few things you should know before posting in these forums. If you are a new user, please click here and read carefully. Thanks a lot!
Post Reply
1919 posts

Kid places it against the victim and deploys (we all know what would REALLY happen, but, this IS Hollywood):

I think the idea was that it wasn't the same OTF he had lost earlier in the move. The thing Henry had in that scene was something that had been conjured up by It and given to him. So it (the knife) would have had the supernatural ability to go right into the dad's neck when fired.
Top

shursnap wrote:Hi, I just picked up an interesting movie prop switchblade that leaves a trail of blood as it moves! It's hand made by a movie prop department and measures 11" long. It looks like a 90's Italian bolster release stiletto and does not fold. I don't know what movie it might have been from, but I'd sure love to! It has a small rubber bulb in the handle that you fill with liquid and then squeeze as you run the knife across something. The liquid travels into the blade and drops through a channel in cutting edge to leave a trail. Looks like most of the images are gone from this thread and the odds seem against me, but I'm hoping that someone might remember seeing a "blood spurting" stiletto used in a movie... likely sometime after 1980 since it's a flat blade. Any help would be Greatly appreciated! 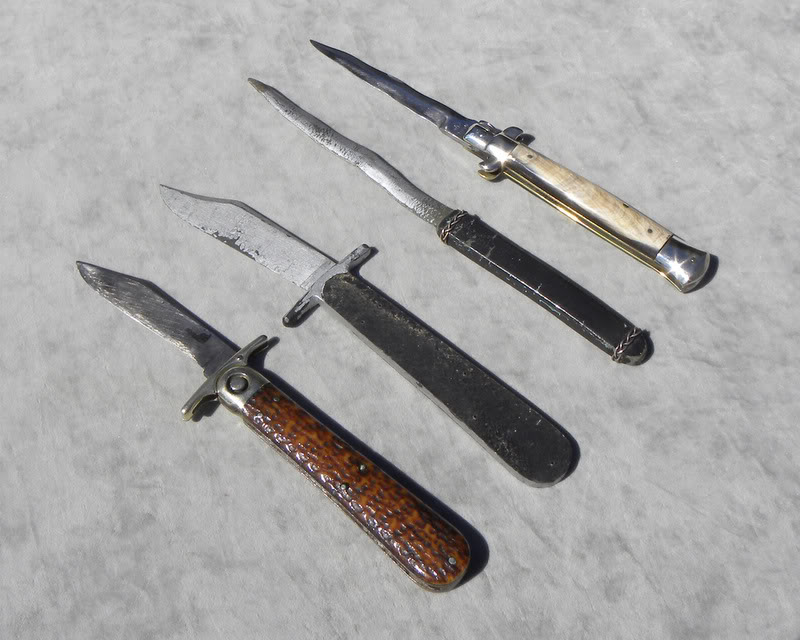 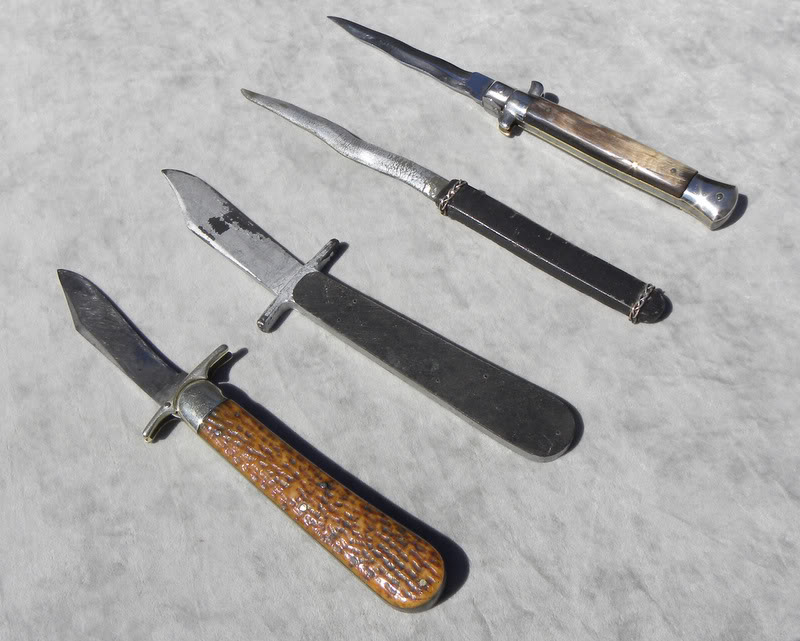 JulesVane wrote:From the 2017 version of Stephen King's "IT":
Some sort of OTF:

Kid places it against the victim and deploys (we all know what would REALLY happen, but, this IS Hollywood):

I think you're right about it being a Paladin OTF. I was wondering about this one when I saw the movie. After I saw this post about it maybe being a Paladin I went and looked at some pics of them and compared them to the knife in IT and they look pretty much identical.
Top

I love the Hollywood bull$#it. It is so full of caca! While it can be accurate at times, the dramatic effect of physical exaggeration retains it's cinematic impact.
Fishtail Picklock
Top

"City Across the River". Kid pulls switchblade at about the 4:00 mark.
Top

Sorry. Forgot to include the youtube address in my previous post for "City Across the River". Kid pulls a switchblade at the 4:00 mark.

"The Black Rebels", but I saw it titled "This Rebel Breed" back in the day. Switchblade fight at the 52.20 mark.

Hate to do it but.... Game Night had some type of OTF at the end of the movie... it played a pretty prominent part
Top

If you can get the Mhz network, catch Detective Montalbano. An Italian detective series shot in Sicily. English subtitles for those of us whose Italian is not up to snuff. Great characters, interesting plots, amazing scenery, wonderful actors and actresses (WOW). Much better than a lot of the crap on the tube these days...

Anyway, in an episode we saw last night, La vampa d'agosto (August Fire), a nice 11" is deployed by the murderer about 5 minutes before the end. It is somewhat odd that for an Italian TV crime/comedy show, this is the only time we've seen a switchblade and we have watched a lot of these.
Top

lately it seems they all have auto's
TRYKER

A man who brags about how smart he is, wouldn't if he was.

"Rose-colored glassses are never made in bifocals. Nobody wants to read the small print in dreams"
Top 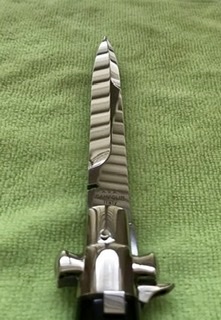 Eye of the needle knife was not a prop. I thought so for years until I eventually learned that it was a very long thin OTF that was actually issued to both German and French spies. The blade was about 8 inches long but cannot recall any other details, Donald Sutherland allegedly has that very movie knife in his collection.
Top

The Picture of Dorian Gray....An Irishman in Victorian times wielding an 11" swivel...... 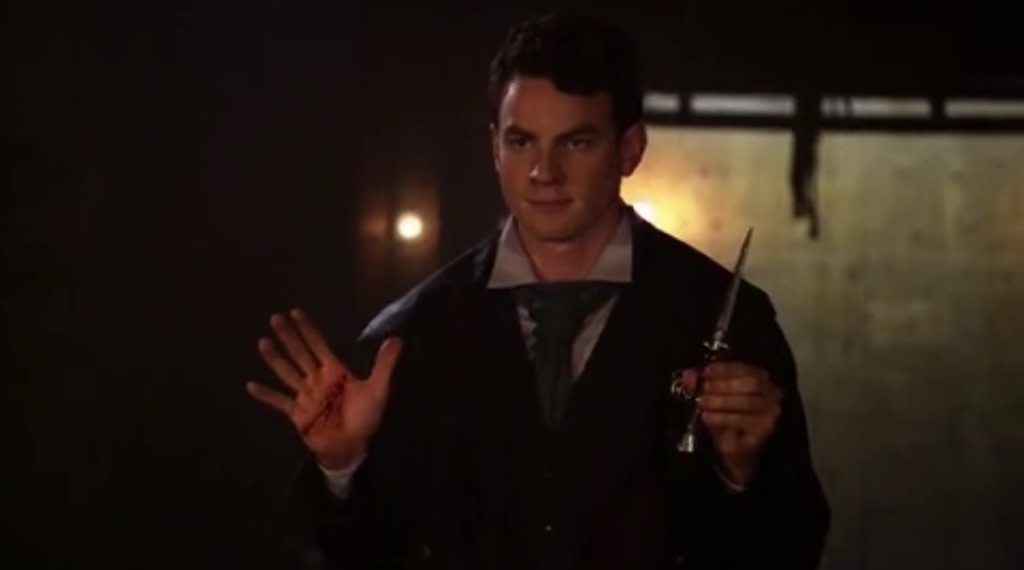 Will Smith's latest misfire, Gemini Man, has a Microtech Cypher in it.

If it's not the real thing, it's one of the high quality Chinese clones.