Use this area for any discussion on sporting knives in general, but also hunting, fishing, diving, and similar.

Forum rules
There are a few things you should know before posting in these forums. If you are a new user, please click here and read carefully. Thanks a lot!
Post Reply
8 posts • Page 1 of 1

Hello all at TB
Thought i would post this new acquisition .
I have just got out of hospital today and found this bad boy waiting for me .It didnt cost too much for such a quality knife ...wven though it wont be winning any beauty competitions anytime soon ,its a mean all business knife designed by a Captain in the Finnish rangers for winter survival and bushcraft,and dispatching enemy troops if need be.
The knife has a carbon blade and this later version has a scandi grind which is ultra sharp ,i happen to orefer carbon steel on user knives so im glad this has a nice teflon coating ,until it wears off with sharpening and usage.
The sheath is thick leather and beautifully made .It has a rubber wheel locking mechanism which really keeps the knife in place ,and allows 1 hand unsheathing by pressing on a block on the sheaths spine..
It has a plastic insert to prevent being cut to ribbons by the sharp blade.
It also allows you to mount the knife in a normal fashion or put the velcro and nylon strap across the front and mount on a shoulder strap or across the chest ,arm etc its a cool fastening system for a combat knife
The handle is a hard rubber that fits the hand well and is very comfortable for long use and wont slip so easily.When the rubber wears out i may replace with some birch ,but this handle shape is just right.
Its called the Sissipuuko or guerilla knife and was made in Fiskars i believe although this one is a later design and could have been passed tova larger manufacturer in Finland.
The knife has a blade of 15 cm ,and its 5mm thick ,it feels light to me and i wish it had a bit more weight ,but these knives from Finland have surprised me before when chopping and batoning .
I just hope my heart bucks up so i can test this out as i planned to do before my mishap .
Any comments welcomed and any survival bushcraft knives i would love to see them.
I hope everyone is well. 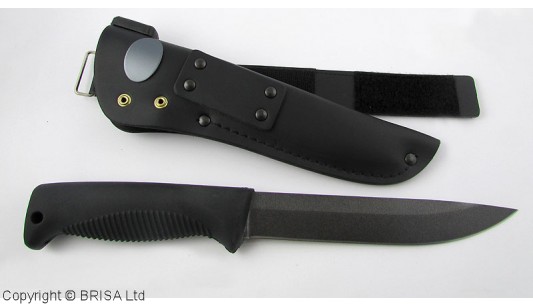 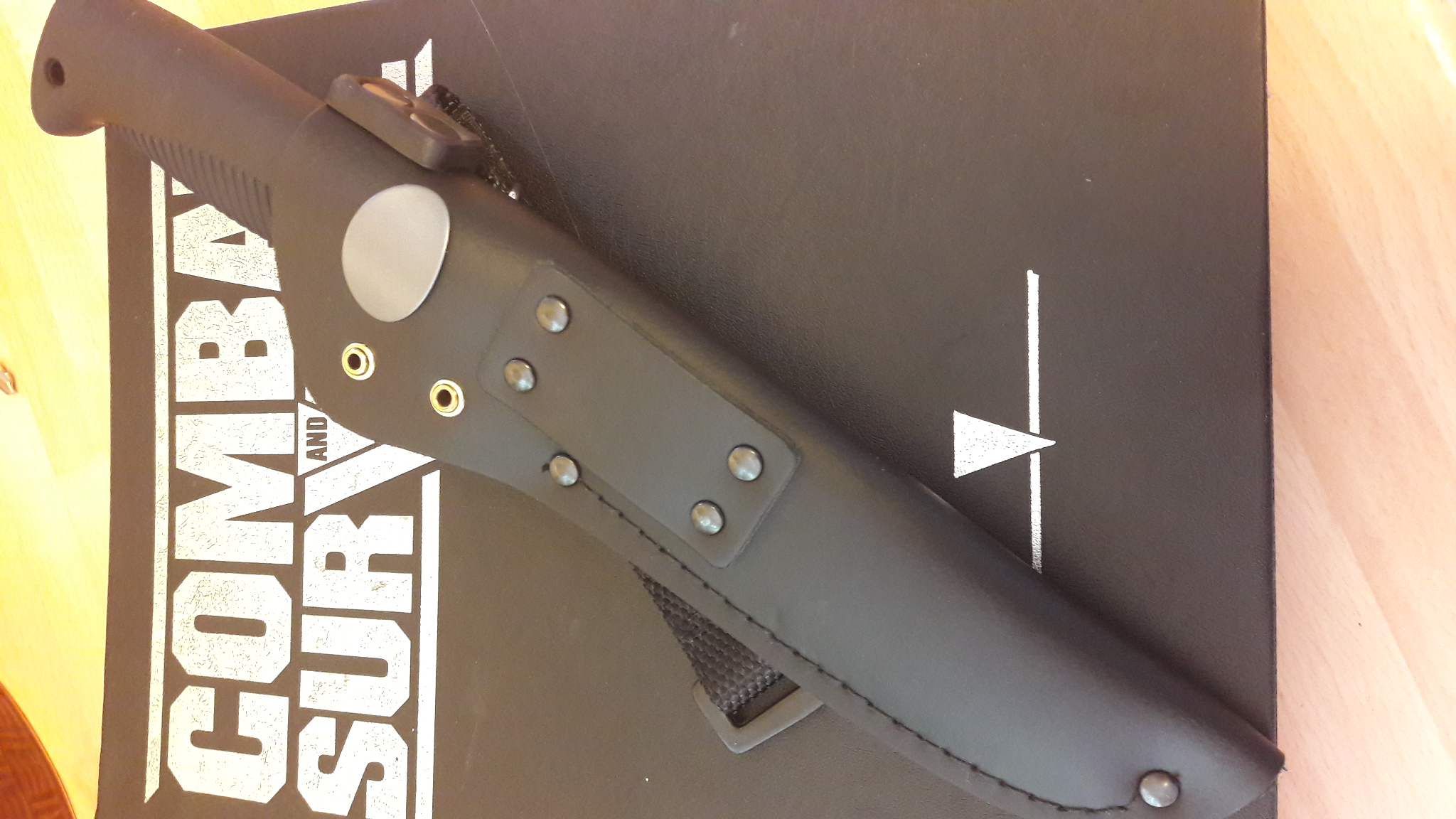 Couple more shots
These are earlier knives used by the finland army ,plus a ahot showing special forces using the mounting strap efficiently. 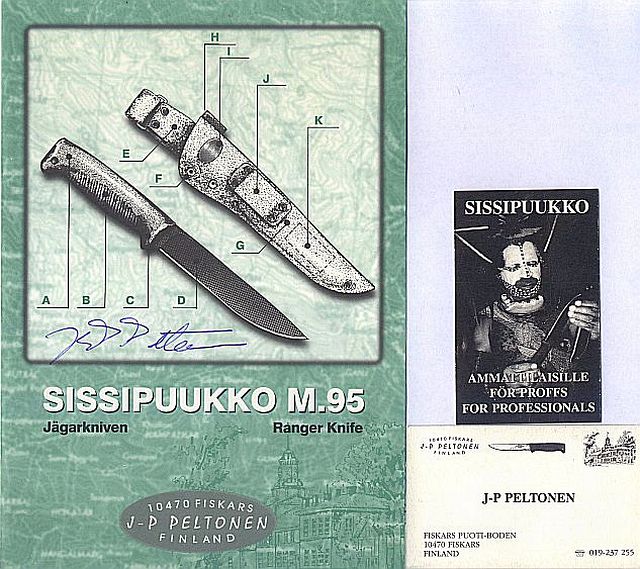 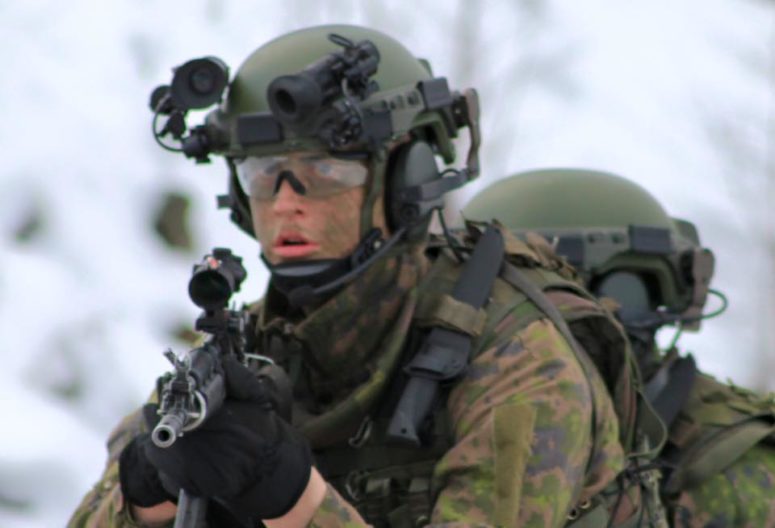 One more to show the mid mounting strap option . 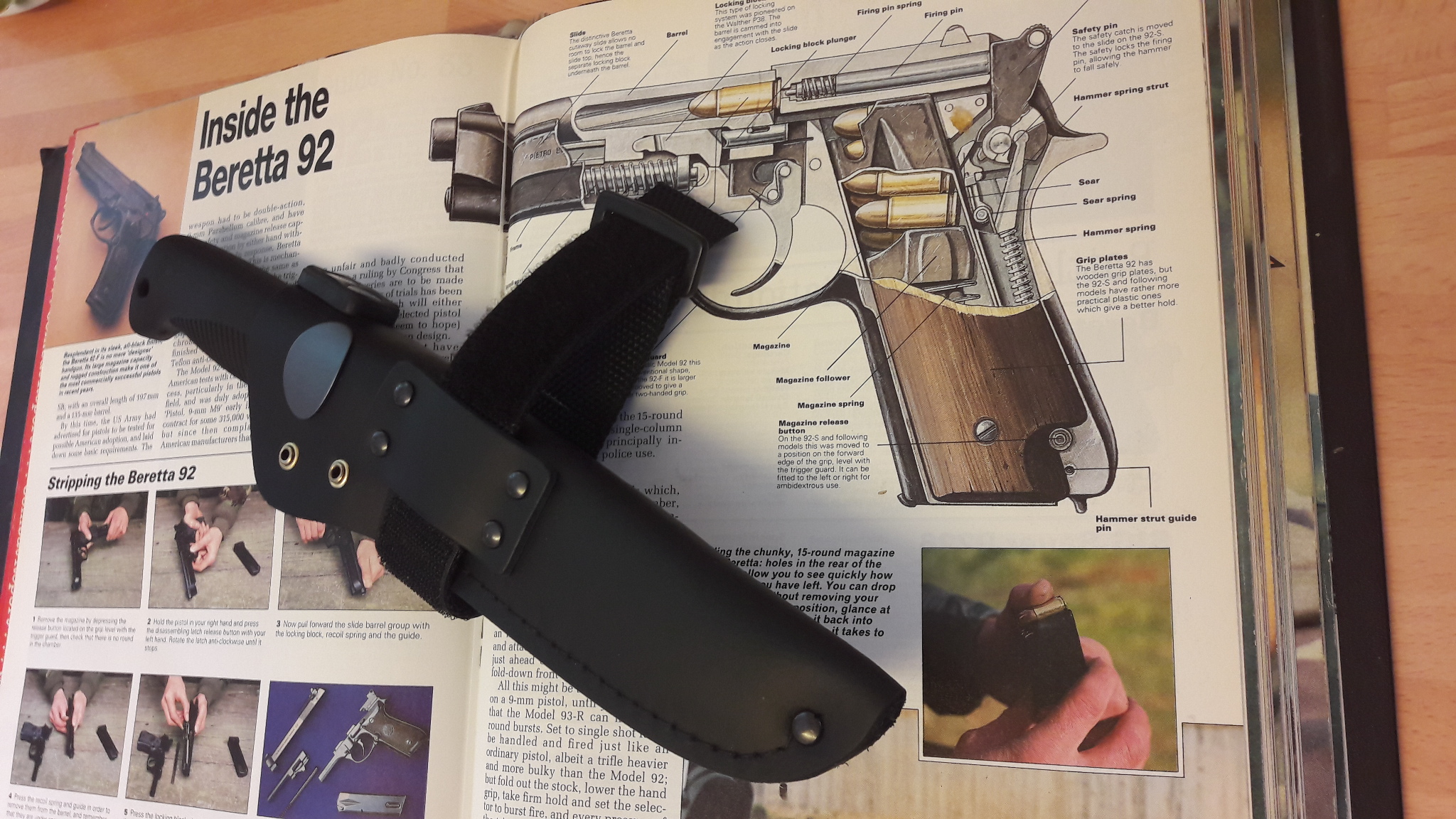 Hey Ian,
Good you are mending. Cool knife. Probably same era as that Mikov you identified for me. I have a special forces Korvo knife from Chile. Neat stuff.

Thanks Bruce
I am home at last ,but still have a few problems and may have Togo back again but as an outpatient once a week.
I love the Mikov you have and could kick myself for not buying one that was available a couple of years ago in the UK .
I would love to see the chilean korvo special forces knife when you aren't too busy .
I got this really cheap from a freind here in the UK as I told him I wanted a" terava jaaripuuko " and they are very similar without the blade coating .
It's seriously sharp and there are some good reviews on Google about it.
I hope your well Bruce.

Hey Ian,
Glad it is just out-patient care. Least you can sleep and relax at home. I go to the Dr. this next week to see if I am cleared to fly.

Here is that Korvo. I have to admit, I had no interest in this knife when I purchased it. It was left over after selling off an estate, and the dealer accepted $40 u.s. for it. It was marked $250. The label is still on it.

From what I have found, this knife outside of Chile is very rare to find. There was a magazine article in SOF back in the 80's detailing this exact knife. Hope you enjoy it. 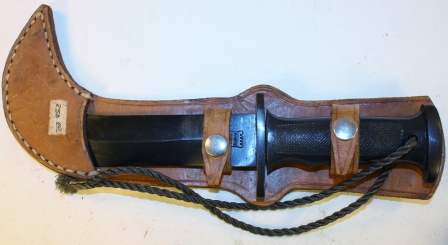 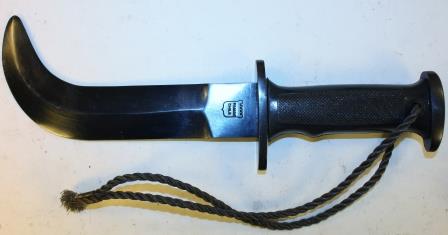 Here is the Maker Mark. 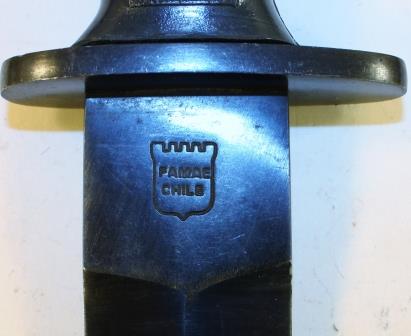 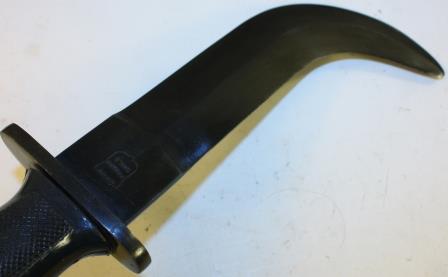 Thanks for the picture.

Thats one cool military knife and it reminds me a bit of a jambiya dagger .
I suppose you would have to be skilled in its usage but it looks deadly and it has the double edge form of most fighting knives that ensures a cut in any position during knife combat.
It looks to be a really well made knife Bruce and i love that open form leather sheath .
Thanks for sharing it and its yet another military knife i would love to own ,this would be a cool centrepiece in a display of military fighting knives for you in the future.

I hope your well my freind.